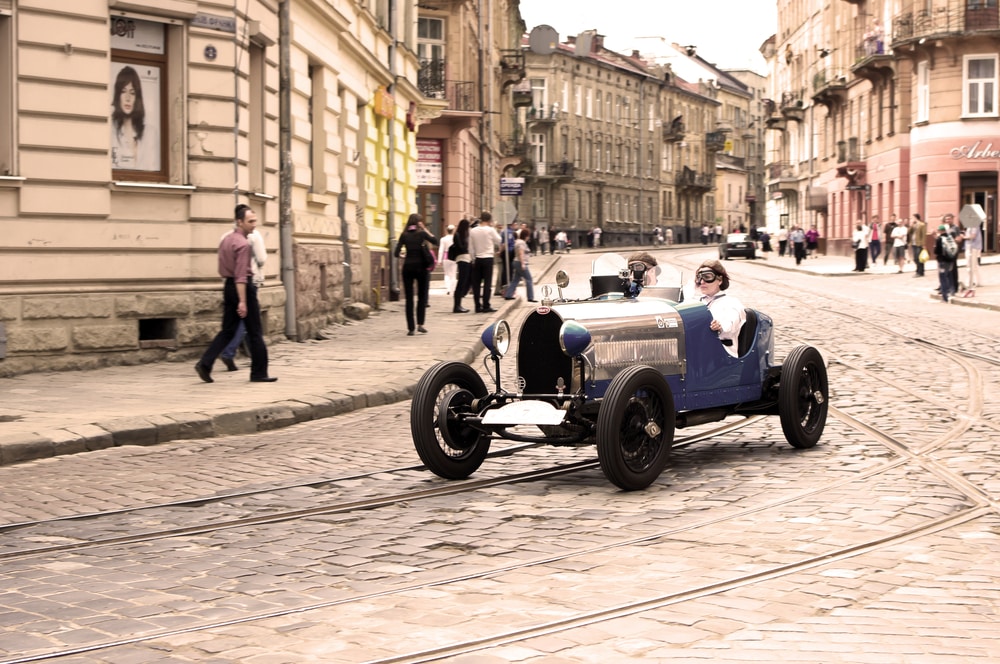 Bugatti is still one of the oldest Italian companies that actually started producing bicycles before it turned to cars. The company founder, Ettore Bugatti was born in a household to a father that was an artist and a carpenter. Bugatti’s father was extremely well-known for producing some of the world’s best furniture that was sold internationally. Ettore Bugatti was able to attend finishing school at Valens Academy of Art and began an apprenticeship building bicycles before he was seduced by motors and the future of automation technology.

Although he continued to work at a bicycle factory in his early life he was one of the first people to install a motor into a tricycle and race unaccomplished cyclist in the year 1897. After this success he decided to turn his focus towards producing automobiles.

In the year 1901 he was able to create his first fully functioning automobile with the assistance of the Gulinelli brothers. His device appeared at the French automobile club and introduced at the international exhibition. He won several prizes for the construction of the vehicle and sought to obtain a license to mass-produce the vehicle. The problem was that Bugatti was still technically a minor and had to have his father sign for the production contracts.

Unfortunately his production contracts work quickly terminated as Bugatti was not able to accommodate the needs of his employer. It took some time to find the backing that he needed and within the next few years he began working with Emi Mathias to produce a four-cylinder engine automobile.

Unfortunately again his contract was terminated and Bugatti finally decided to go out and work on his own. He developed the model 10 while producing vehicles with Duetz on his own free time. Receiving support from bank funds he was allocated to build five new aircraft designs and 10 automobiles. Things accelerated massively after that.

Bugatti’s cars began racing across the circuits of the world and winning. After signing up massive contract with Peugeot Bugatti continued to tear up the track throughout 1911 and beyond. The model 10 Bugatti was able to beat out almost every other car in its class and throughout the early stages of World War I the factory producing Bugatti’s was employing thousands of people and producing aircraft engines for America and France.

Bugatti continued to produce a staggering amount of road and track cars after World War I including the model 32, model 29 and 30 and the model 35. The model 35 was an attractive racecar for production built in 1924 and although it racked up over 2000 victories on the track it was also a successful road car. Although Bugatti officially died out with the man himself in 1947 and under the original creators only 8000 cars were made, the company became defunct in 1963 after producing just one last model and continuing to produce airplane parts.

Bugatti has since been revived by the Volkswagen group in 1998 and continues to produce ultra-luxurious performance vehicles. Today the Bugatti name is even attached to the insane hyper car called the Veyron which has shattered records across the world. This car which was produced in 2005 is recognized as the fastest street legal production car in the world. Having reached a top speed of 430.9 km/h, this is a feat of engineering that will be very tough to top by any other supercar manufacturer. The Volkswagen group has revived not only the name but the spirit of Bugatti allowing a whole new generation to see the modern luxury, technology and performance that captivated Ettore Bugatti over 100 years ago.

Car Insurance and You: Why It’s Not Just About Finding The Cheapest Insurance Possible