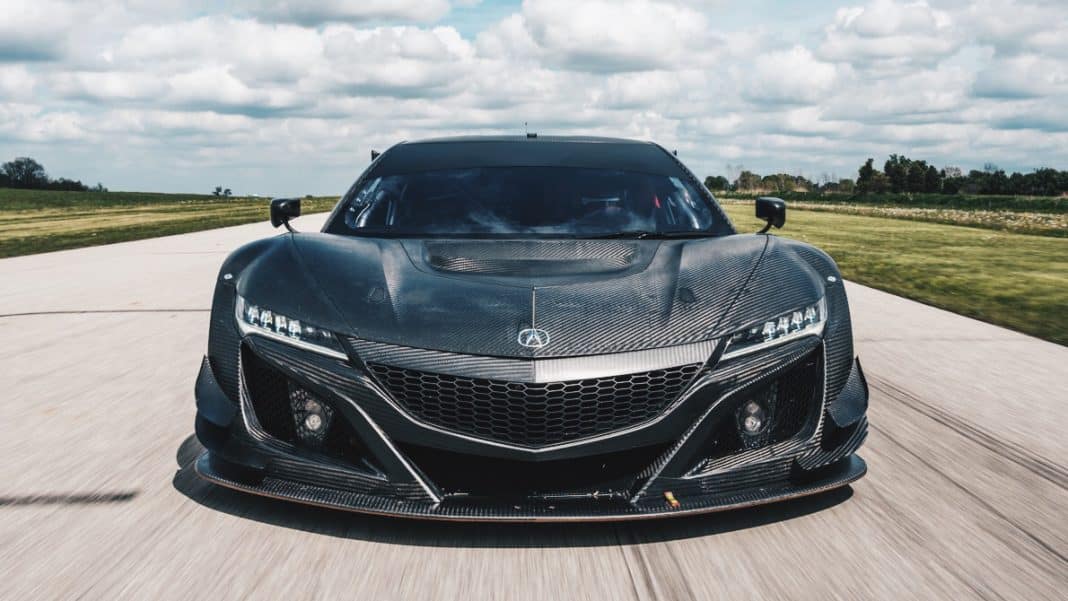 The NSX is a JDM beast of dreams!  A car from the past that is now being rolled out to the public through a series of videos, teasers and appearences.  Most recently, Acura made headlines when it was revealed that Porsche left a secret message on one of its vehicles that Acura acquired to benchmark for the NSX.

Now they have announced that the Acura NSX GT3 will make its debut this weekend at Mid-Ohio.  With all this going on, what else could Acura possibly have to show us?  Well that is where we come in!  We have pulled together some pretty cool pieces on the Acura NSX GT3 that really show its “Bigger than Beast” attitude and also creates some excitement while on your lunch break.

Keep in mind this is the GT3, racing variation to the street-legal NSX, which recently went into production.  In fact Nascar team owner Rick Hendrick won the auction for the first 2016 Acura NSX, which rolled off the line in Ohio on May 27, 2016.

Below is a gallery of the ferocious all carbon fiber NSX GT3.  Attempt to not drool over these amazing images…

Every great supercar, which the NSX will be the only supercar currently produced in the U.S., needs its own factory.  This exclusive video and first-look gives us an insight and inside coverage of one of the top-tier performance facilities where the NSX will be produced in Ohio.  Check out the video and tour below:


Also, be sure to check out the video of the Acura NSX GT3 below and be sure to leave your thoughts and comments below in the comments section.

What To Do Before Junking Your Car

Best Safety Tips for Sharing the Road With Motorcycles