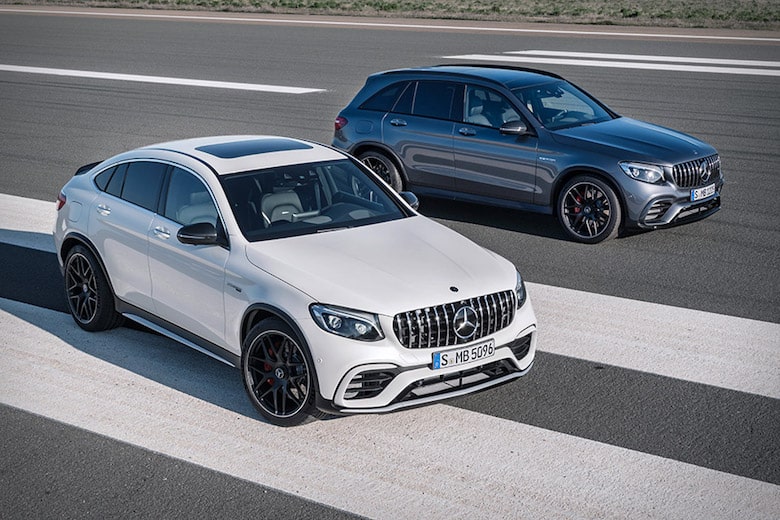 Looking back at the AMG line Mercedes has produced, car critics are nothing less than impressed and in awe. Mercedes has been able to continue their legacy in their GL series by releasing the GLC63.

The engine packs a handmade AMG built V8 Biturbo monster that is found in their other series including the E and S class. Its base model the GLC63 SUV hauls 469 horsepower and 479 pound-feet of torque and its upgraded version the GLC63 S has 503 horsepower and 516 pound-feet of torque. Its transmission is an all new Speedshift MCT nine-speed that shifts through gears effortlessly. Here’s where it gets intense, the GLC63 reaches 60 mph in under 4 seconds (3.9). As for the GLC63 S, it reaches 60 mph in 3.7 seconds!

Mercedes has proved their moto time and time again; the best or nothing. By looking at their AMG line we can tell it’s quite simple to turn one of their elegant base models into a super car such as an AMG. What is surprising about this model is that it is already tuned to perfection!

What also differentiates the GLC series is that it has 3 models, the GLC, GLC63 and GLC63 S compared to Range Rover which has limited models. Range Rover now has to find a way to differentiate themselves from BMW and Mercedes because they only offer one type of car for each model, and if that car is not as fitting to a customers needs then that customer is more likely to shop German.

How to Detail Your Car Exterior Like A Pro