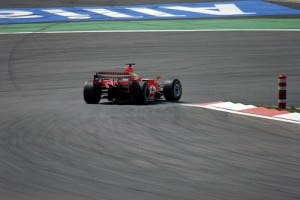 Fans of Formula One are watching and waiting with baited breath to learn what management plans to do about the out of control cost escalation in the sport. Bernie Ecclestone, the Chief Executive of the Formula One Group, had proposed a cap on the overall amount of money teams could spend back in 2012. Then, he was criticised by many of the poorer teams, who even at this point in time are struggling with budgets a fraction the size of the cap. The reality is the cap, or resource restriction agreement as proposed at the time did not actually help the teams struggling the most. At $250.00 million it was criticised for being too high by most, and too low by Red Bull Racing, the prior years winner. Former president of the FIA Max Mosley had seen this coming, and he’s not the only one. Whilst the increase in safety can be attributed to an increase in technology and the actions of men like Mosley (Read his interview on Jules Bianchi’s recent accident here: Max Mosley Takes Q&A) the increase in costs in Formula One are down a lot of factors and they are spiralling out of control. So what can be done to control them? 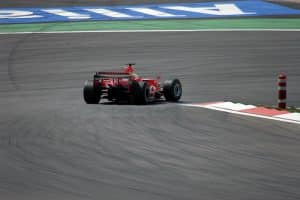 In 2014 the idea of a resource restriction agreement was again floated. This time with a lower $200 million cap. The cap has been agreed to by all teams in principle, however there is still a great deal of argument about what is and should be included in the cap and what should not be. So at the end of the day there is no deal in writing because nobody can agree on the accounting. The idea of salary cap however, has so far been rejected. In the case of F1 racing this has led to a situation, unique amongst professional sports, where poorer teams charge drivers to drive instead of paying them to drive. On the other hand the highest paid driver with one of the better off teams, is paid 20 million euros a year. 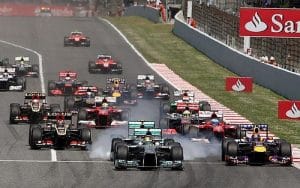 Bigger than the issue of a salary cap is the divergence in the budgets of Formula 1 teams. The 11th ranked, and now defunct Marussia spent half of the $13.5 million per race or $270 million spent by Red Bull Racing. This accounting considers the fact that Marussia was forced to skip the United States Grand Pre due to financial issues before its ultimate collapse. A last minute solution to the problem at Caterham saved F1 racing from the embarrassment of only having 9 teams and 18 cars in the 2015 lineup. But on a longer-term horizon F1 cannot simply kick the can hoping for teams to be bailed out by wealthy investors. Putting in place a spending and salary cap would allow the nearly 700 million in advertising and other rights shared by the teams collectively to be better distributed in order to keep the struggling teams on the track.

The lack of interest in having a serious conversation to the issue of financially weak Formula One teams is due in part to apathy on the part of management. Attendance problems have plagued the circuit in Abu Dhabi and India. The result of lower attendance is less funds for available to operate the whole Formula One series. Declining patronage, and financially weak teams would indicate F1 racing is in trouble. Yet with the prospect of an 18-car grid a strong possibility just a month ago for the 2015 circuit, one would expect management to be a little more concerned. For now while a cap is needed, it is highly unlikely to materialise.

Buying a Car: Factors You Should Consider First